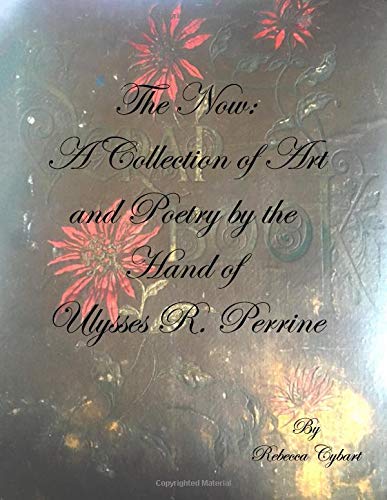 Wait until the last minute to publish. Poems are often ambiguous creatures. All of them. Religious myth. Histories—personal, national, and global.

The Arabic language itself. Not this, this. And here.

Let me explain it to you again. It will turn your relationship to language inside out. It can also change your sense of your own importance, if you let it. The process is profoundly intimate and trying and transforming. Other than worry.

I had been in recent correspondence with Wendell Berry, in whom I had confided how anxiety-filled I was about the suffering I thought some of us, mostly the poor, would experience in this coming climate change, how I was beginning to think nothing could be done to relieve what was to come. And he told me that I must not give into despair. That hoping was what could be done, actually. And that hope would bring work; work, hope. Not immediately, but soon thereafter, the first How To poems came, and I followed them.

I followed the words, the sentences and lines, like bread crumbs back to shelter. One of my teachers, Jean Valentine, told me if I listened for what was true, the poems would write themselves. I tried to do that when I was writing Render. I still do. Do you agree with Orr? Can poetry ever be a means of activism and documentation on par with, say, photography? I like him for sharing honest respect with a fellow poet instead of taking the opportunity to be cocktail-party catty.

Because we still have dogs on this planet. And memory. Not yet.

Do I think poetry can be a means of activism and documentation? Yes, I do. To paraphrase Gertrude Stein, village explainers are fine if you are a village. But if not, not. In addition to working on your second book of poems, what are you excited to do during your stay at the McCullers Center? Get out in their neighborhoods. Go to poetry readings, poetry slams, open mics. Host some.

Community can make all the difference. What is the strangest piece of writing advice that you have ever received? As you have an MFA: is there some truth to this parody account? I had to look him up.


Funny stuff. I went to a weird and wonderful MFA, a low residency at Drew University, a university that was not too long ago a seminary, and our program there was a kind of literary brigadoon of reverence for the art. We were all there to learn something. To think bigger than ourselves. But I try, with vigor, to stay as far from all that as a long-tailed cat from a rocking chair. I will say, though, that I think writing is an art that challenges the ego. One aspect of literature is that it calls us to empathize. If she is not careful, the writer might focus on the second and forget the first.

The writing practice, especially when we are apprenticing, especially when we are young, can draw us into the infinite mirror of our self-reflective consciousness. Now every direction takes me to a foreign land. In a book that focuses on the uprooted nature of modernity, how do you understand the role of Mississippi in the collection? Hearing their stories changed my life, and sent me to the oral history archives. Only one of the poems from this made it into the book: I felt I had to tell the story of Vernon Dahmer.

How do we not all know the story of these murders going unpunished for decades? To me, the foreign country is not Mississippi, but the corners and histories and laws of all of this country that deny humanity, that look away from who we really are as a nation.


Of course, this particular sense of foreignness is more widespread post the presidential election, as people start to look around and notice where they have been living all along. APD: In this collection about physical and metaphysical uprootedness, bodies are often left separated or in hiding at the end of poems. RMF: I find that the body continues to come into my poems in complicated ways as a reflection of what it is to live in the female body in this world. I also felt a bodily vulnerability in Mississippi that I had never experienced before: I was hit by a car driven by an IRS agent!

And what a great question about endings: I wish I had a better understanding of what drives my endings. Still, someone sits there. Is this poem in response to a larger issue? RMF: That poem captures some of the disconnect I felt living as an outsider calling Mississippi home: from the beginning, there was the aching shock of seeing the visible poverty of the rural South, particularly in the Delta, but also in some parts of the city where I was living. When you live in a place, you see humans living their lives, handling whatever they have been dealt the best they can.

While I was frustrated with a state government that makes choices that keeps the state vying for last place in so many areas, especially health and education, I was also frustrated with the outside perception of Mississippi as an anomaly, the butt of all jokes, built on stereotypes that can allow people to ignore the way Mississippi is a reflection of our history and presence as a whole country.

She shows a complete lack of consideration of the diverse people of Mississippi and their real lives and concerns. She is not alone in her perceptions. In the Mississippi poems, I wanted to push past the joke, the symbol, the stereotypes, and write about our country, about what it looks like in a place so many people refuse to even visit.

We need writers from both inside and outside of the South to take on its complexities and its many realities. Can you talk more about the organization of the collection and the argument that the order makes about the relationships between how we look at the world and what we see? This perspective seemed important to me to end with in order to show both the gesture and frustration of trying to look back at ourselves, at our pasts, at the places we inhabit or have left behind. Environmental destruction and pollution on a local level was another force I was grappling with in this book, and in this particular poem.

My neighbor was a lawyer who had come to town for a few years to settle a suit with a large company accused of extensive pollution that led to cancer, and there were some other significant environmental issues where we were, ranging from superfund sites to unpleasant visceral experiences that were hard to measure in terms of threat: the water that came out of my tap was often brown, and the downtown was frequently overwhelmed with a stench that came from outdated sewage lagoons affected by the waste from a manufacturer. 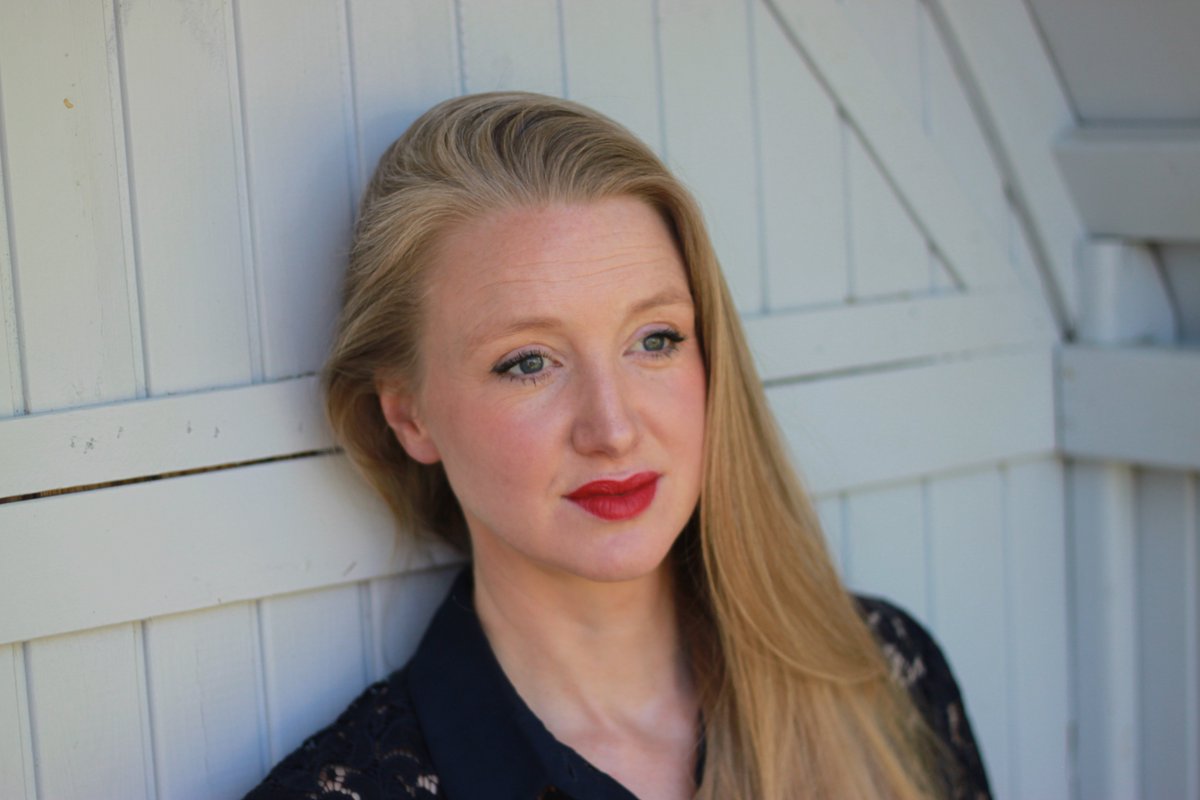 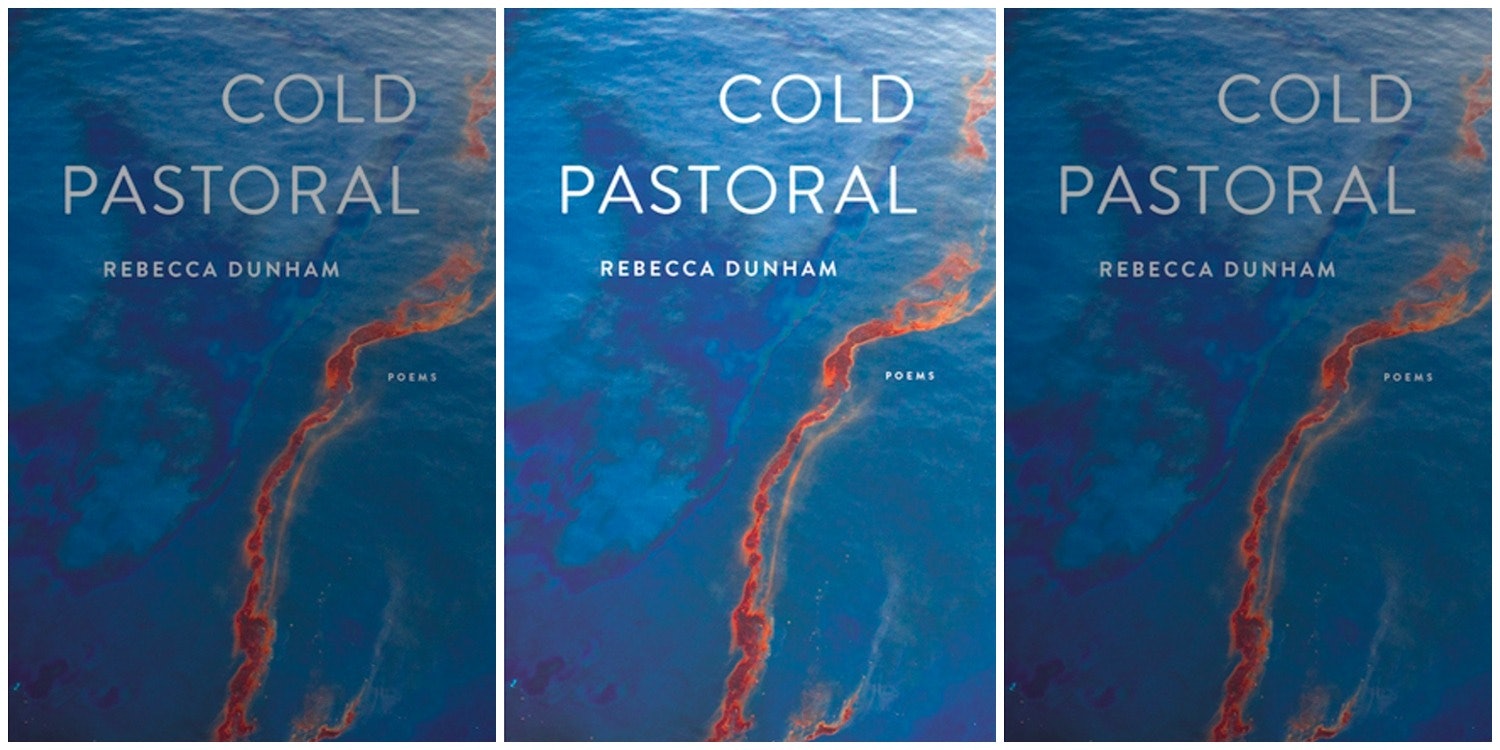 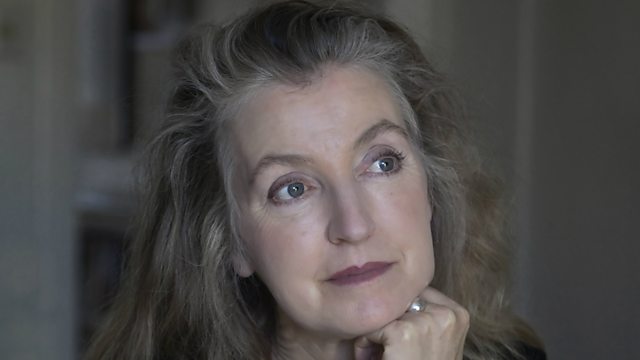 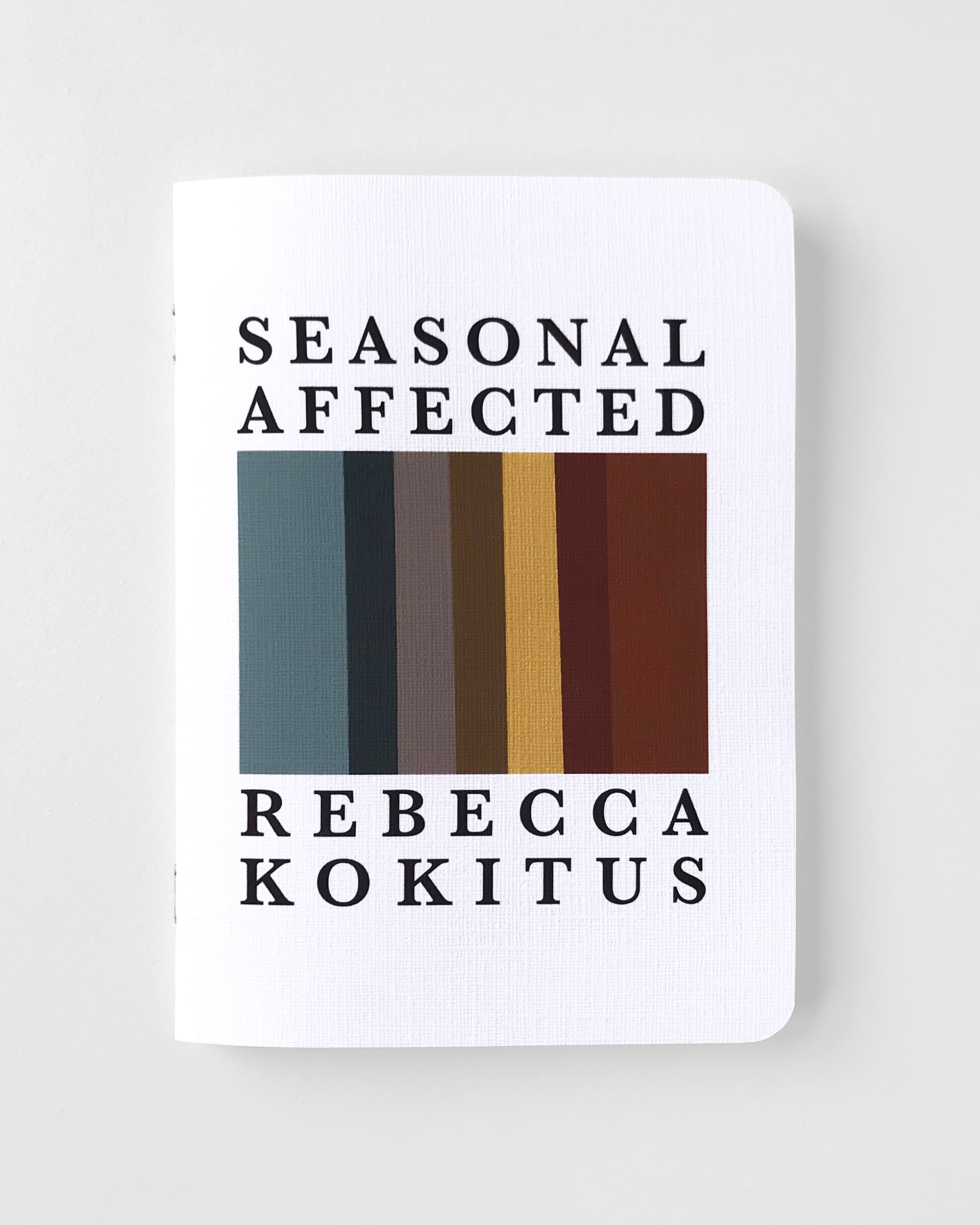 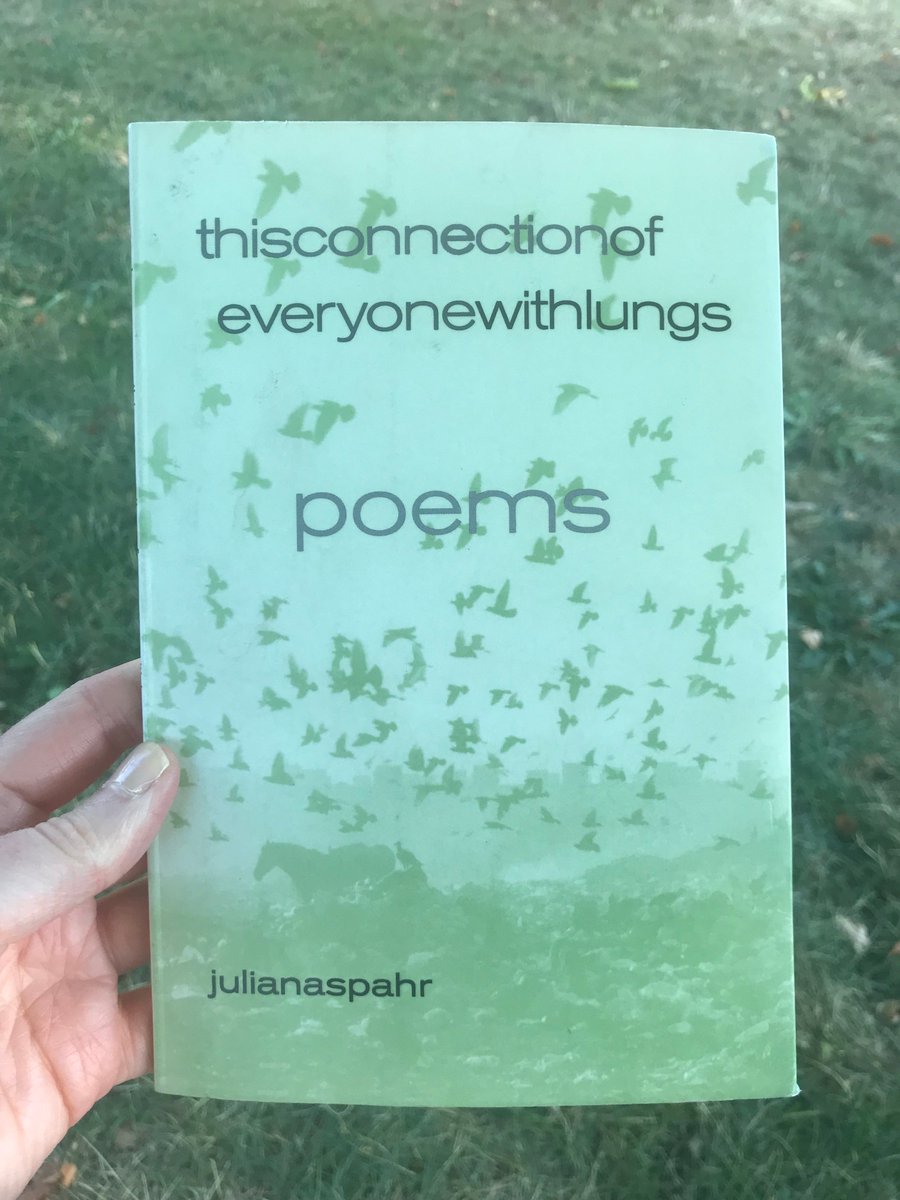 Related A Collection of Poetry By Rebecca (What Now?)